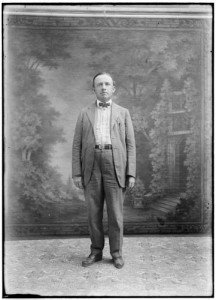 I’m a lawyer in Utah (see my official lawyer page here), and I practice criminal law–criminal law being the most fast-paced, fascinating, and important kind of law there is.  (Note to those with criminal cases pending, I said most fast-paced.  Cases are often abominably slow.)  Anyway, they say the best way to make sure you understand something is to try and explain it to those who don’t.  My non-lawyer friends are likely weary of hearing about criminal law, so I’m turning to the internet, that endless wellspring of curiosity and not-knowing.  I’m hoping this place can be a service for those that are seeking general information about Utah criminal law. Also, I’m hoping it can be a forum for discussion of criminal law issues in Utah and everywhere else.

Why “Suckerpunch”? Well, it’s partially a long story related to the Suckerfish (Echeneidae Remora). Mostly it’s a nod to the fact that the law is wont to suckerpunch a person. Let me explain:

The Constitution prohibits ex post facto criminal laws. That is, they can’t make something you already did illegal “after the fact.” The founders recognized that it’s unfair to punish you for an act which wasn’t illegal when you did it; i.e. you can’t get suckerpunched. Fair enough.

Here’s the problem: after it’s on the books, everyone is assumed to know the law. “Ignorance is no excuse.” Maybe it wasn’t an issue when the only crimes were Murder, Eye-Gouging, and Piracy. (You don’t need an attorney to explain that you might get in trouble for being a pirate, especially an eye-gouging one). But in our current world, criminal laws are so complex, and the statutes so byzantine, that no-one really knows the law as it exists–certainly not in all its intricacies.

So if most people don’t know the law until they are in trouble, in essence much of the criminal law (here it comes) is de facto ex post facto! And that’s a problem. And that’s the deal with the name.